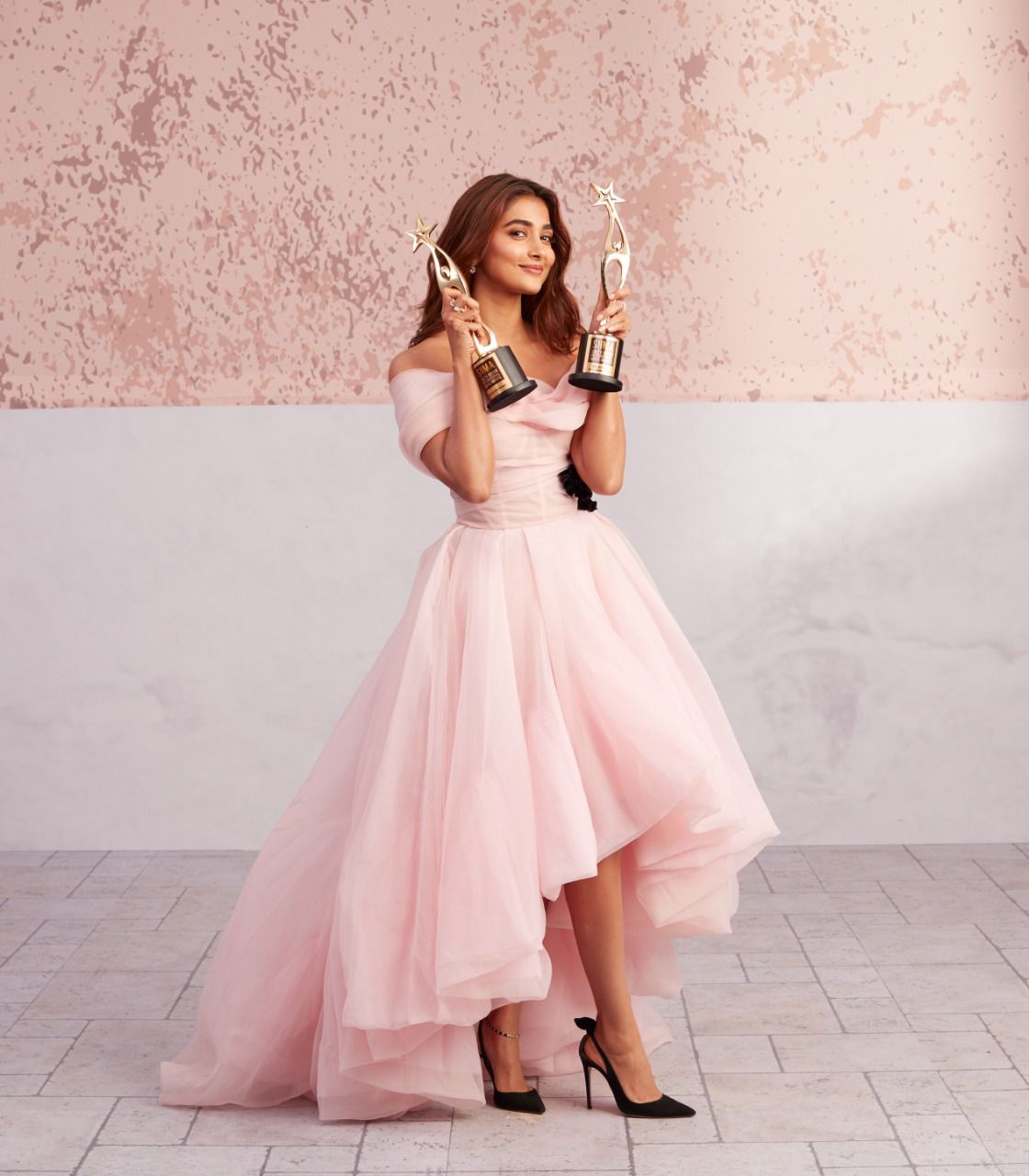 After giving theatres a grand opening with the resounding success of Most Eligible Bachelor last year, Pan India Star Pooja Hegde is on an award-winning spree. The versatile actress bagged two awards at SIIMA 2022 in Bengaluru.

Pooja won Best Actress in a Leading Role for Most Eligible Bachelor, she was seen playing a stand-up comedian, who echoes the sentiments of every modern girl who is unapologetically vocal about her say in a relationship. Pooja, who has evolved as an actress with each film, was loved by the critics and the masses. She established a strong connection with the audience with her performance in the romantic drama.

Pooja has made her mark across the Indian film industry and has emerged as one of the bankable stars. She also won the Youth Icon award and posted an emotional note on social media, she wrote: ” Keep.Doing.The.Work. 💥 Thank you @siimawards and all those who voted for me for this honour. Best Actor and Youth Icon are two awards I will cherish. Ty @geethaarts for seeing me as Vibha and Bhaskar sir for writing such a strong female role (and all those pages of long stand-up monologues 😂). As for Youth Icon, I guess if you continue being your authentic self, it pays off eventually 🥺🤷🏻‍♀️🤗 Hope I continue to inspire and stay inspired through my work ❤️ #siima #gratitude #mosteligiblebachelor”

With some of the biggest films on her slate, Pooja is raring to go. With the love of viewers across diverse languages, she has proved her merit at the box office and is currently awaiting the release of Kisi Ka Bhai Kisi Ki Jaan, Cirkus, SSMB28 opposite Mahesh Babu, and Puri Jagannadha’s Jana Gana Mana.

Advertisement
Related Topics:Pooja Hegde
Up Next

Middle Class Love Actress Kavya Thapar who has never fallen in love in real life, says, “Saisha’s character made me witness what real love is all about.”