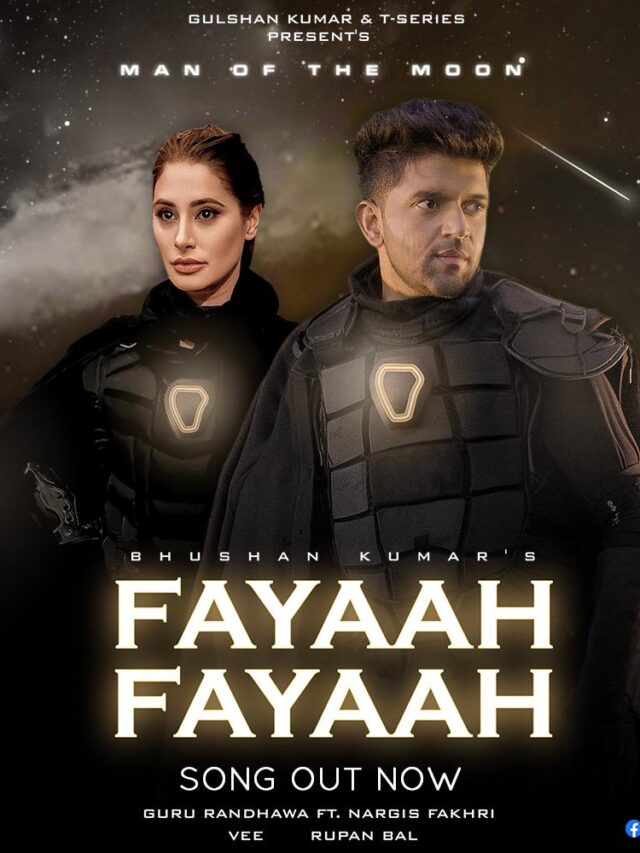 After the audio version of ‘Fayaah Fayaah’ set internet ablaze, makers now drop its fiery video starring Guru Randhawa and Nargis Fakhri. Produced by Bhushan Kumar, this is the third music video from the album ‘Man Of The Moon’. The song is beautifully written and composed by Guru himself, with music production by VEE. The vivacious chemistry of the duo sparks off well in this sci-fi theme video directed by Rupan Bal, making it nothing less than a visual treat.

‘Fayaah Fayaah’ is the third music video from Guru’s album ‘Man of the Moon’ after ‘Signs’ and ‘Fake Love’ that received immense love from the audience. The audio of this fiery track was already out and was very popular among the fans who were also eagerly anticipating the music video.

Guru Randhawa said “Shooting for this lively and upbeat track has been an exciting experience. Nargis and I, both had a lot of fun on the set, especially since it’s sci-fi themed, filming those parts was a completely new experience.”

Nargis Fakhri also says, “Filming a music video and that too with such a fun theme was undoubtedly an exciting ride. Guru is such a cool person to be around that it made the shoot really enjoyable. Since this is my first ever music video with Guru, it is a brand new experience for me and was surely an unforgettable one.”

Related Topics:Fayaah Fayaah
Up Next