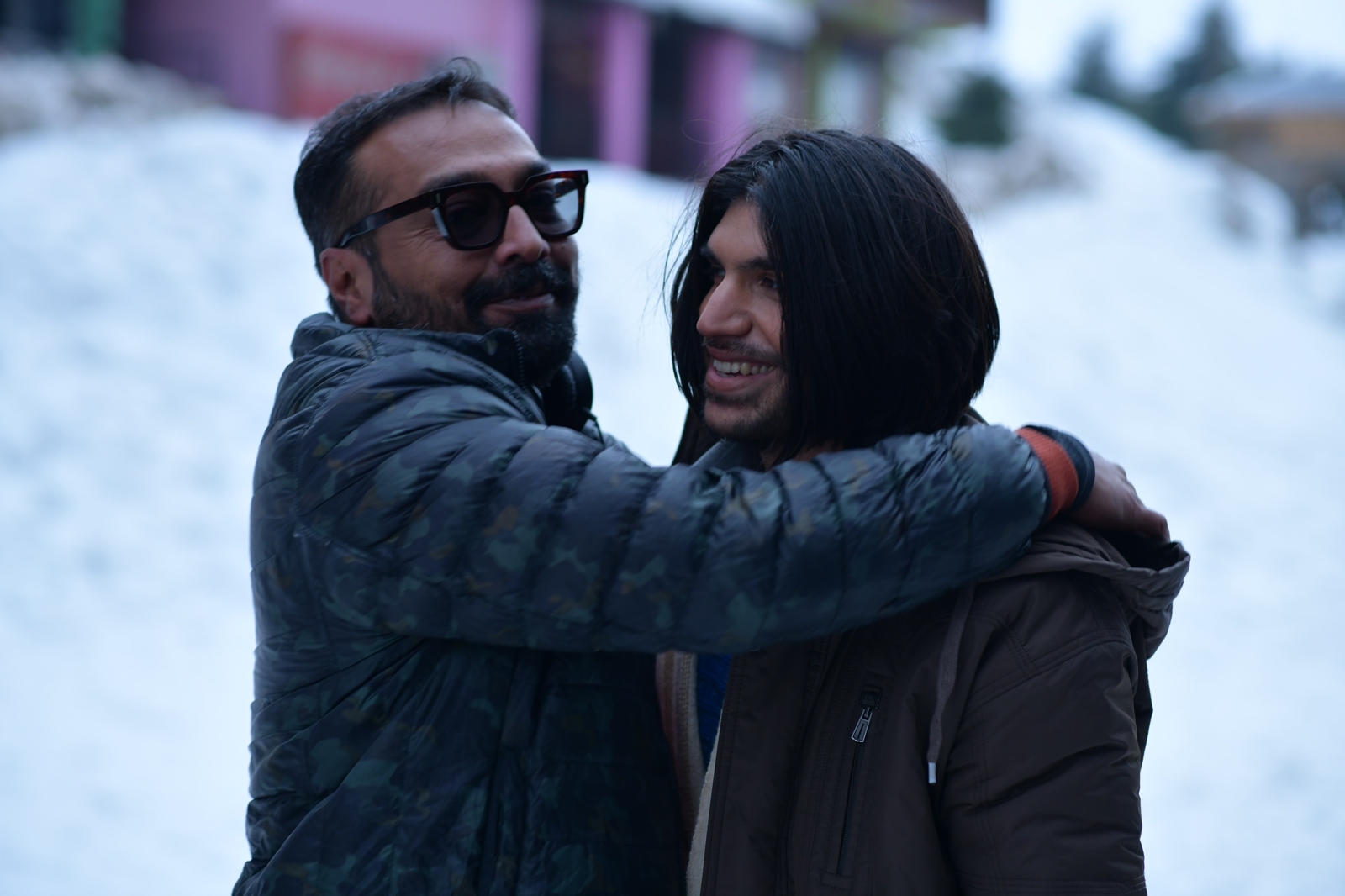 The year’s most awaited romantic film Almost Pyaar with DJ Mohabbat starring Alaya F, debutante Karan Mehta. The film has already been making headlines, and the interesting trailer has spiked the interest of the audiences further. It has been shot for a long span of four to five years and the director and actor duo bonded into a close-knit circle on the sets of the film.
Alaya F and Karan Mehta are one of the most awaited fresh pairs in the entertainment industry. We are all excited to see what kind of on-screen chemistry the two are going to share.

Says Anurag Kashyap, “Both, Alaya and Karan are phenomenal young actors with great energy. They are the generation which is our future. getting to know their points of view and opinions on various topics has been a fascinating experience. Speaking to them gave me a insight into them and how they live and think. Their way of living life is so far removed from us. They are open, and their acceptance level is extremely high.”

Alaya F said, “Karan and I have had a lot of interesting conversations with Anurag sir. We were always intrigued by even watching him work. But to listen to him talk was even more fascinating. His thoughts and observations about our generation and his views on modern love were something to learn from.”

Debutant Karan Mehta added, “AK sir, Alaya, and I had a lot of fun bonding on the sets of the film. Since this was an outdoor shoot, we had a blast on both our schedules in Dalhousie and London. The topics of conversation were sometimes very random and sometimes very profound and I honestly got to learn a lot of new things from both of them.”

We are eagerly waiting for the 3rd of February to finally watch the movie ‘Almost Pyaar with DJ Mohabbat,’ in the theatres.

‘Almost Pyaar with DJ Mohabbat,’ starring Alaya F and Karan Mehta who marks his debut, was recently presented at Marrakech’s Jemaa El Fna Square this year. The film was screened along with other spectacular films by stalwarts like Guillermo Del Toro, Paul Schrader and James Gray. The film is touted to be Anurag Kashyap’s ode to modern love. Presented by Zee Studios under Good Bad Films Production is slated to release on 3rd February 2023.

Related Topics:Anurag Kashyap
Up Next