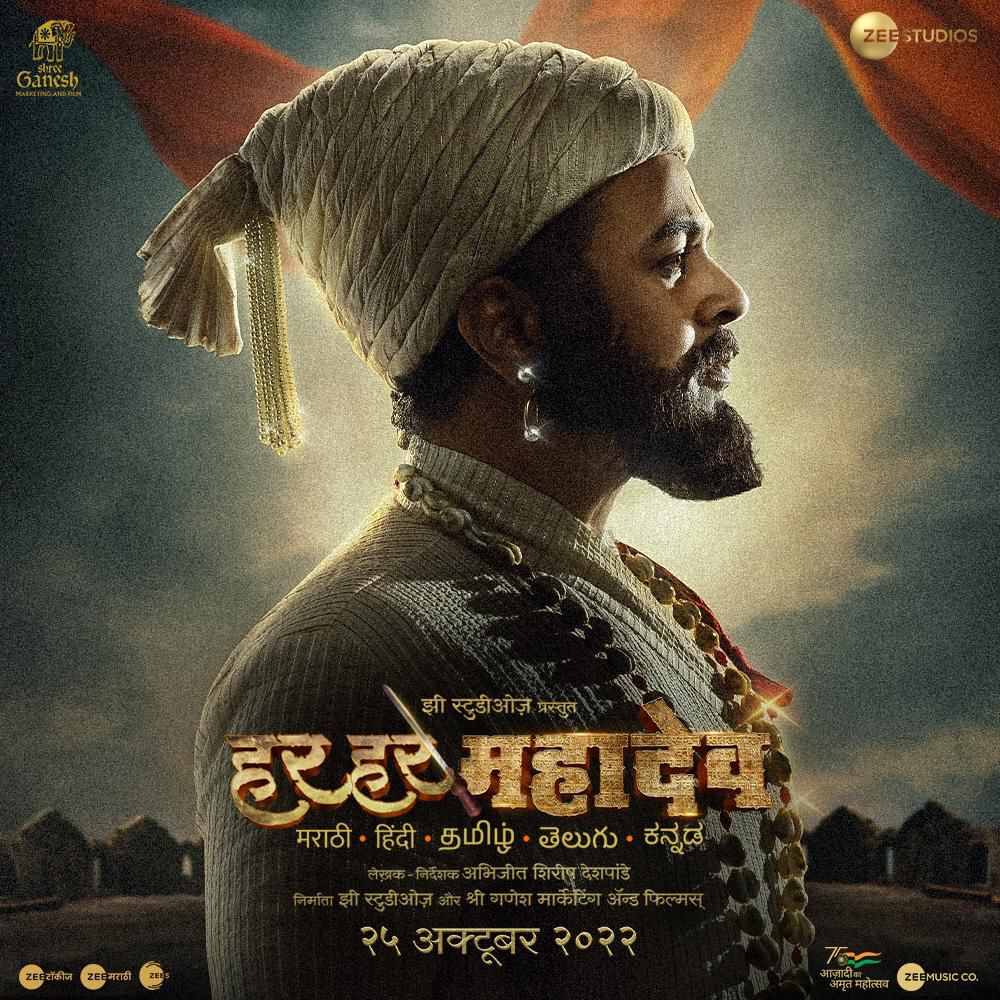 The story of Chhatrapati Shivaji Maharaj is inspirational and has always taught the lesson of ‘Swarajya’ to the generation. The founder of the Maratha Empire in western India, He is one of the greatest warriors of his time and even today. While bringing one such story of magnanimous bravery, sacrifice, friendship and undying grit, the makers of ‘Har Har Mahadev’ are finally here with their date announcement of their 1st Multilingual Marathi film.

As ‘Har Har Mahadev’ has finally booked its release on 25th October, it seems like this Diwali is going to be enormous. The film will be released in Hindi, Telugu, Tamil, and Kannada languages. As the film is based on a real battle, it will bring an interesting tale of bravery, sacrifice, friendship and undying grit to attain “Swarajya” to the audience. As the stories of great Chhatrapati Shivaji Maharaj have been a big motivation for the generations to learn many lessons from, ‘Har Har Mahadev’ is one such show that will speak layers about the hero and his bravery. The story will encapsulate how Chhatrapati Shivaji Maharaj united one and all with the war cry ‘’Har Har Mahadev’’ and his passion for laying the foundation of the Maratha Empire. Moreover, as the personality of Chhatrapati Shivaji Maharaj has been followed and adored by every person of this generation, this time the show will take them further into the world of this great Indian king.

Produced by ZEE Studios, written and directed by Abhijit Shirish Deshpande and Co produced by Sunil Phadtare. The film is all set to hit the theatres on 25th October 2022.