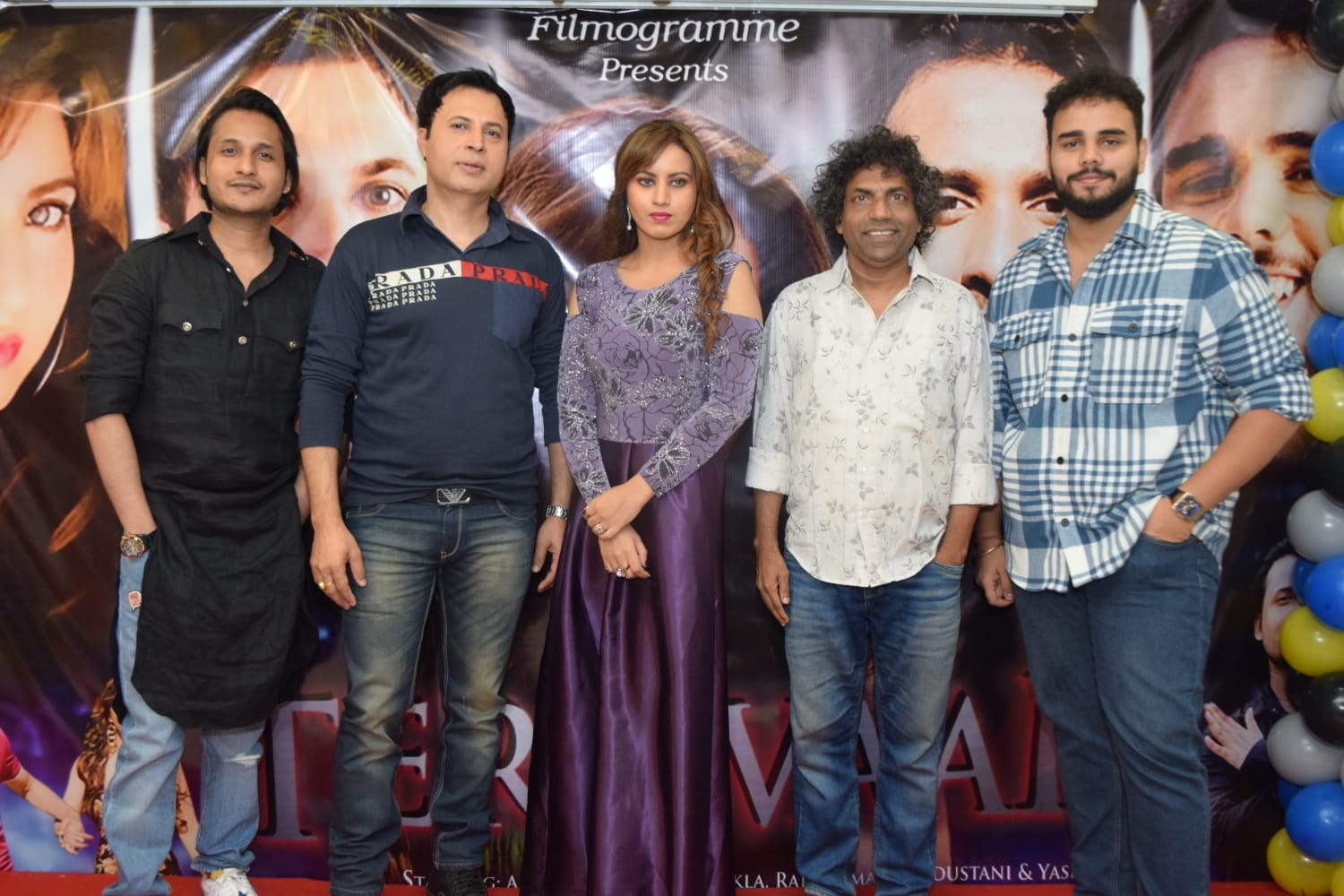 These days music videos are being made with a story and a concept unlike earlier. In this sequence of music videos, the latest one called Tera Vaar has been added, which looks like a film song . Amit Misra has not only played the lead in the video but also penned the extremely catchy song as well as directed the video.

The video was launched at a Event in Mumbai with great fanfare in the presence of producer Amit Misra, actress Sonia Shukla, actor Raja Kumar Hindustani and singer Yash Kumar. On the occasion, also present as a guest was comedian Rajkumar Kanojia who praised the music video lavishly.. Amit Misra’s birthday was also celebrated with the cutting of a cake. Yash Kumar has crooned the song with great intensity and though Amit Misra was keen on getting another singer to do the rap, ultimately Amit himself sang the rap portions too.

Amit Misra has shouldered several responsibilities in the making of the music video. He has not only produced but also directed the video as well as penned the lyrics, sung the rap part of the song, besides playing the lead in it. No wonder Amit is of the opinion that if a person is multi talented, what is the harm if he decides to take up multi tasks .

Bubble Music is the music director of the song while Sonia Shukla is also the choreographer of the song . Singer Yash Kumar has also figured in the music video which has been shot in Uttarakand, Khandala and Mumbai on various exotic locations. The music video has been eliciting excellent responses from the viewers after it was released on the official channel of Filmogramme.

Advertisement
Related Topics:Tera Vaar
Up Next