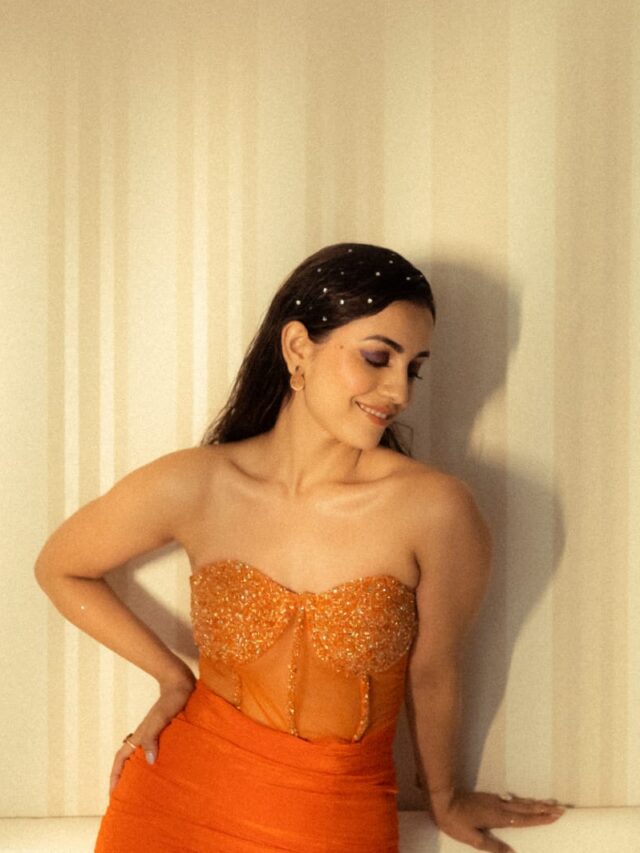 Actress Esha Kansara is amongst the well-known actresses in the television sector. She has done many television serials, including Maddam Sir, My Name Ijj Lakhan, Ek Nanad Ki Khushiyon Ki Chaabi, Meri Bhabhi. She has also done a film, Prem Prakaran.

Esha has maintained an active presence on her social media handle and often shares her whereabouts with her fans. Her Instagram is flooded with her glamorous pictures and videos in stunning outfits.

Today, Esha dropped a series of jaw-dropping pictures on her Instagram handle. The actress is seen channeling her inner mermaid and nailing in a stunning orange dress. She can be seen in an off-shoulder dress and fans have showered this picture with their love. One of the fans wrote, “Orange mermaid,” while another, “Sizzling beauty.”

Esha is leaving no heads unturned with her stellar pictures in an orange outfit. She looked stunning as she donned a mermaid dress. The minimal detailing over her ensemble was completely eye-catching.

Talking about the jewellery, Esha opted for a small earring and she chose to leave her hair open with a beautiful hair accessory. Her fans weren’t able to take their eyes off her personality and the way the actress posed and smiled for the camera made everyone go gaga over her.

Related Topics:Esha Kansara
Up Next

Shweta Mehta will play the magic of beauty in Telugu film: Played strong role in his debut film itself

Sobhita Dhulipala’s elegance in this olive green saree is something we just can’t get our eyes off; Check out!