Megha Gupta winning hearts with her performance in Mumbai

Gahna Wadhwa ready to be launched soon in Bollywood

Govinda’s doppelganger stuns him at the airport

Krishan Kumar’s Diwali bash was a star studded affair, several celebrities from film as well as music industry were in attendance! See Here!

Nimrit proving her vibe with MC Stan as she nails her performance with the rapper!

Actor Gauravraaj attracts his audience with his new remarkable photoshoot 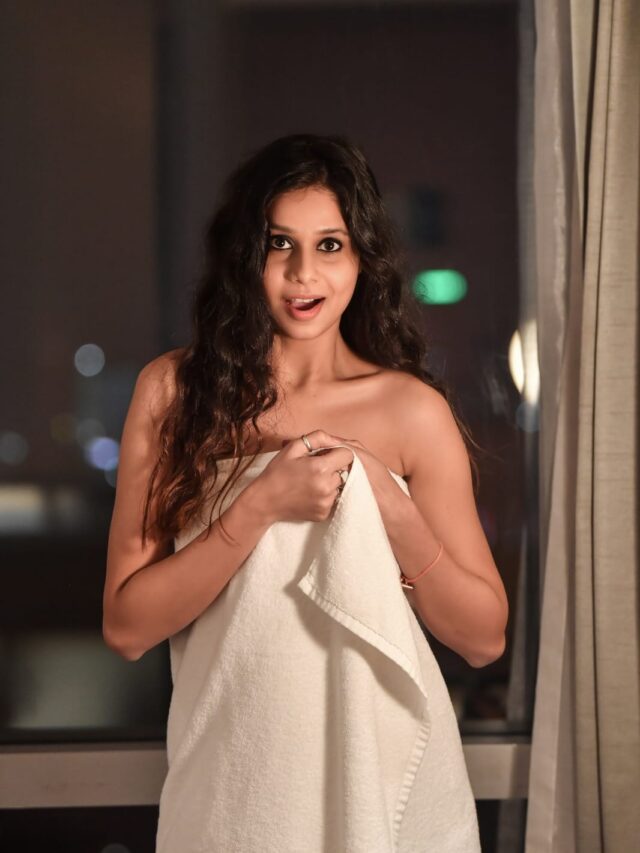 Actress Anshu Rajput who is known for her fashion sense and her bold avatars never misses a chance to amaze fans. From simple chic outfits to sizzling bold fits, she knows how to handle it all. The actress is quite active on social media and enjoys a massive fan following as well. Anshu likes to keep her fans updated about her whereabouts with her pictures and videos. She has again raised the temperature bar with her ‘towel pictures’ and we are just amazed. Recently, she shared breath-taking pictures of herself and fans can’t stop reacting to them.

Taking to her Instagram handle, Anshu set the temperature bar high with her sizzling ‘towel selfies.’ In the pictures, we can see the actress wrapped in a towel and her eye makeup looked glamorous while she flaunted her curly and wavy hair. As soon as she shared the selfies, fans rushed to the comments section to react to it.

Anshu Rajput, the Bollywood actress is the one who made a mark and identity for herself in Bollywood by the virtue of her captivating glamour and scoring success.

She posed wearing a bath towel, revealing her naughty side. The pictures go viral on social media. She has a lot in her to make it big on screen