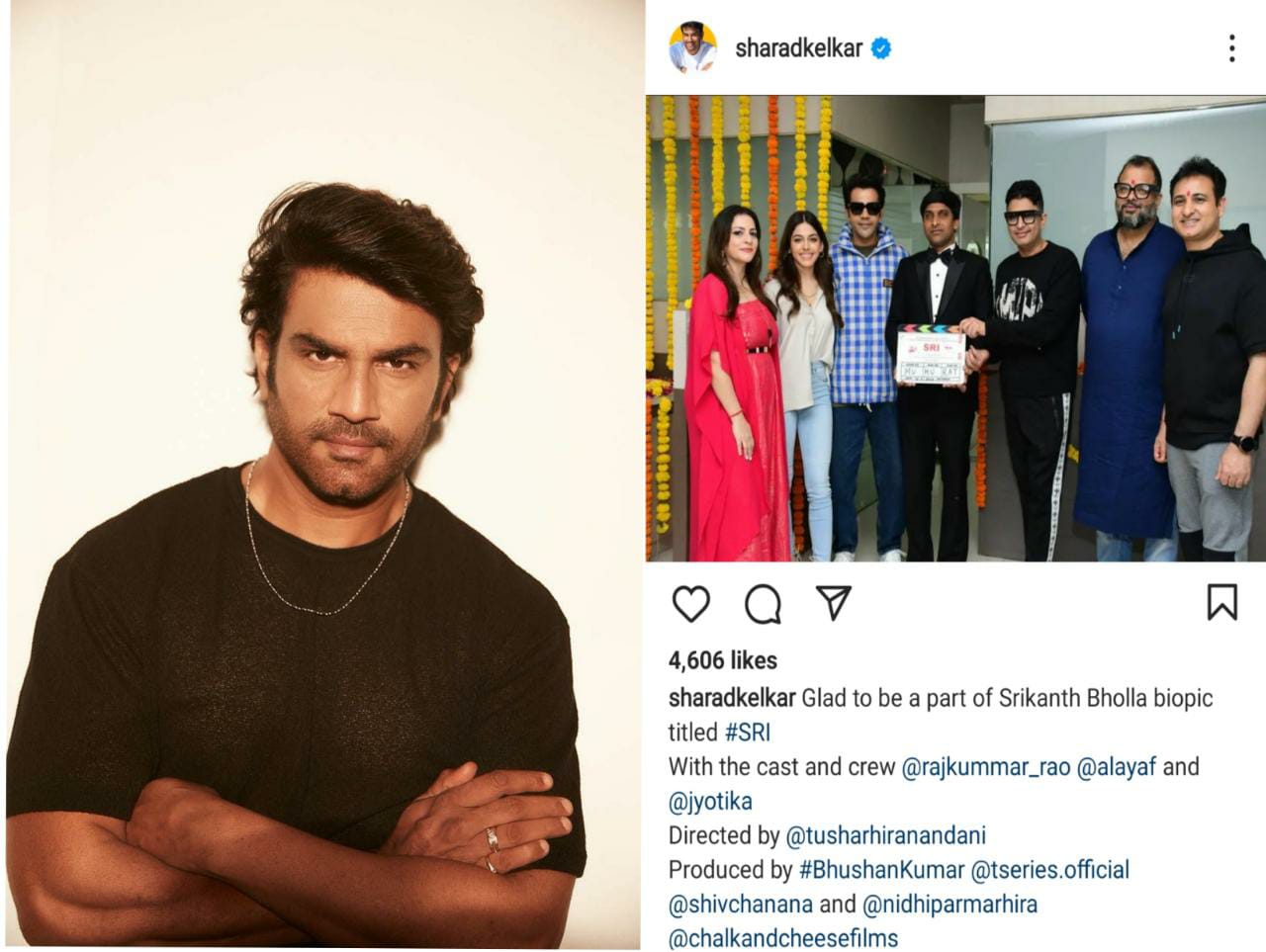 The very talented Sharad Kelkar has been basking in the glory of his recently released film Har Har Mahadev has joined hands with the makers of the aspirational biopic of industrialist Srikant Bholla titled SRI.

The actor took to his social media and wrote,”Glad to be a part of Srikanth Bholla biopic titled #SRI
With the cast and crew Rajkumar Rao and Alaya F and Jyotika.
Directed by Tushar Hiranandani
Produced by BhushanKumar, T-Series Shiv Chanana and Nidhi Parmar and Chalk and Cheese Films.”

The muharat shot of the film has already been making the headlines since yesterday and the shoot will kickstart soon.

Advertisement
Related Topics:Sharad Kelkar
Up Next