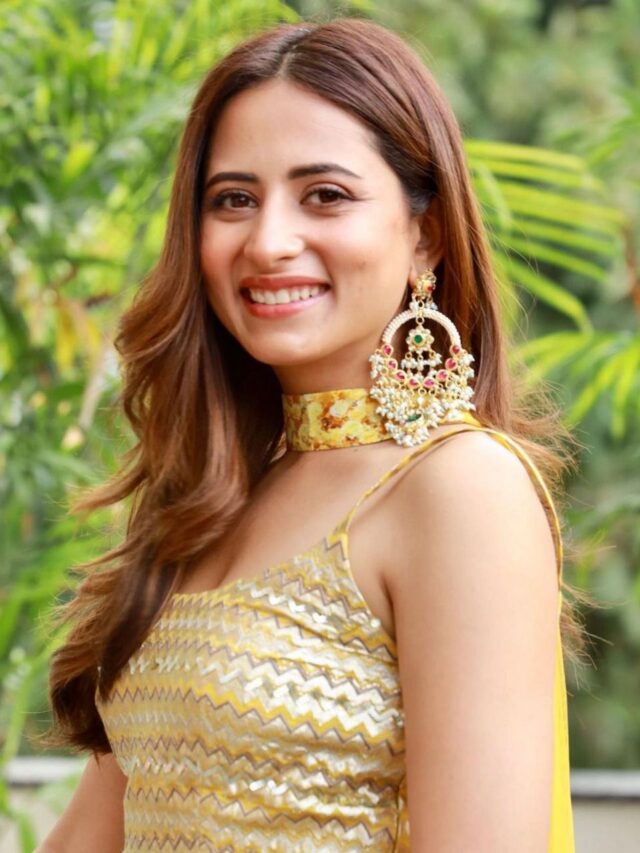 From being an absolutely loved actress to making a name for herself in Punjabi cinema and producing TV shows, Sargun Mehta has been constantly working hard and winning hearts. Be it her absolutely endearing personality, warm persona or her constant determination and hard work, Sargun has surely been setting goals for many out there. Here is why we love her!

Perfect amalgamation of determination and hard work: After a very successful career in the small screen, Sargun moved to the Punjabi industry and has been constantly climbing up the success ladder. Not only has she proved her prowess in front of the camera, but has been also producing amazing content. She recently produced the hugely successful film Saunken Saunkne.

Perfect Bollywood debut: Unlike many who would take on any role just to be in a Bollywood film, or act alongside Akshay Kumar, Sargun has always maintained that she will only take up a Bollywood film if it’s worth it. In her quest to find something different, she came on board with the film Cuttputlli, which has garnered a great response.

Perfect producer: One year back, in 2021, Sargun and her husband, actor Ravie Dubey, decided to don the producer hat and have been making meaningful and successful projects. They started their production journey with the TV show Udaariyan and also produced Swaran Ghar.

Perfect future plans: After making a successful debut in Bollywood, Sargun was seen in Punjabi film Sohreyan Da Pind Aa Gaya, which she spoke about in the past. The story is a mix of romance and revenge, and is sure to entertain the masses. Besides this, the actress will also soon be seen alongside actor Diljit Dosanjh in the drama Babe Bhangra Paunde Ne, this Dussehra. The film’s song Bachelor Party has already been loved by the audience.

Perfectly humble and down to earth: Everyone who knows Sargun, will vouch for the fact that no amount of success or fame can change the actress. Despite being a successful actress and producer, Sargun continues to be her humble self, absolutely down to earth and approachable to her fans. This is something that will never change

Related Topics:Sargun Mehta
Up Next